In march 2008, a peace accord was signed between the Lords Resistance Army and the Government of Uganda. This accord served to usher in peace in Northern Uganda following decades of civil unrest in the region. A war that resulted in the displacement of more than 2 million people and the death of even more. The relative peace in the region has resulted in the return of internally displaced persons to their land which had been abandoned during the unrest. Statistics from the Uganda Bureau of Statistics however indicates that the most chronically poor Ugandans are located in the Northern Region (21.6%)[1].

The low development in the region could also be attributed to the nomadic nature of the persons especially in the North Eastern part of the country. This has resulted in a mobile group with no clear place to effectively develop. This coupled with the deep rootedness in outdated cultural practices has provided a rife society left behind by development. A society desperate for change but not ready to embrace change to their current way of life.

The relative peace in the region has also resulted in a population disfranchised politically to accept the political position of the day. It has created a population that is ready to support the government at whatever cost in the fear that any variation would mean a return to the old warring days. It therefore makes it difficult for a political change to occur in a situation where the population is happy for the little they have and not bothered about the possibilities beyond the little they have. A system of voting leaders that they already know than giving an opportunity to an individual who they are not sure of.

It can be argued therefore that the voter turn up and trends in Northern region can be attributed to more sentimental voting than voting on ideological beliefs. It can also be attributed to the need for self-preservation from an uncertain future. Northern Ugandans overwhelmingly voted for President Yoweri Kaguta Museveni in the 2021 January 14th general elections. For example, 94.08% and 87.35% of residents from Napak and Moroto districts voted the president (The Electoral Commission Uganda, 2021)[2]. This can be ascribed to the fact that the president did well in maintaining peace, securing the borders and keeping the wars in South Sudan and Democratic Republic of Congo from spilling over, since he came into power 34 years ago. The multitude of development that followed after also gave people comfort and likewise, a fear of what would or would not be if anything changed.

From an engagement with ordinary citizens and representatives in Karamoja region, you learn that culture and heritage informs a greater part of their lifestyle. Certain beliefs are engrained into their minds, in that when they derail from them, it doesn’t feel right or may tantamount to a grave violation! As human nature, whenever we don’t identify with something, we lose our way. Our beliefs are what takes us where we want to be, that’s the reality!

The prevalence of GBV is one of the major consequences of the LRA conflict/cattle rustling, with the intensity of women’s suffering fuelled by the disruption of families, patriarchy, and the influence of culture.

From the community perspectives shared, GBV is still considered a “normal” occurrence. Culture still shapes how women in Karamoja respond to any GBV experience and shapes their perception of personal responsibility; therefore, cultural sensitivity is vital to solving this problem. This means that you cannot only go back and tell perpetrators to stop, you have to give them a reason as to why what they are doing is wrong.

In the recent school girl’s petition to end child marriage in the region, another sad cultural practice, ‘’rape is used as a way to “secure” a wife because culturally, nobody will marry a girl whom they know has had intercourse with another man before.’’ In other words, it is believed that for a man to get a wife, they need to force themselves on her.  Majority of outsiders would look at it as rape and them as culture. They link these kinds of problems to the potential that it is culturally induced and for that reason it is not effectively reported to police which makes it rampart. The 2019 crime index report in Uganda indicates that 7.2% of all the crimes reported, were a result of sex related crimes[3] however, Mount Moroto and West Nile regions have the least reported cases.

This also has a key negative implication on gender responsiveness in the logic of promoting patriarchy in these communities.

Cultural beliefs of this kind have created a potential vice for crime intentions. The situation has further been exacerbated by the high levels of poverty in the region. Notably, parents tend to fabricate apologist stories and exploit situations of this nature to get money from abusers.

Besides cases of GBV, open defecation due to cultural beliefs that devalue latrine usage has hampered use of latrines. [4]Studies by Ministry of Health on sanitation and hygiene show that despite the knowledge and awareness on the importance of good sanitation, people in rural areas like Karamoja are still living under unacceptable hygiene standards. For example, it is believed that if a pregnant woman uses a latrine, she will lose her unborn child, also, certain family members cannot share a latrine with their in-laws or defecate on top of any other person’s faeces. Culturally this to them is unacceptable! As nomads, they do not stay in one place and therefore cannot see the value of building a latrine and then later migrating.

This is a huge indicator of poor sanitation and hygiene as residents use bushes to respond to nature calls. During the windy and rainy seasons, the very few available water sources in the region are contaminated by these wastes and consequently residents are in and out of hospitals from diseases like cholera, typhoid and diarrhoea.

Gender-based violence is still an ongoing problem in Northern Uganda, inhibiting both peace and development.  If sustainable peace is to be achieved, this problem must be successfully addressed. However, there are no easy solutions to the challenge of gender-based violence. The Ugandan government, development partners and the peacebuilding community as a whole have a responsibility to protect both women and men from gender-based violence and to guarantee equal access to justice with a systematic methodology to eliminate negative perceptions/cultures that affect access to fundamental human rights.

How can we adapt culture to achieve development outcomes? How do we strike the balance between celebrating culture and upholding human rights for marginalized groups such as women?

There’s a need for a cultural shift through sensitisation of communities in Northern Uganda. We must figure out ways of phasing out cultures that are obsolete. This can be achieved by educating a younger generation that will grow into a new culture that is inclusive and sustainable.

As a multi-pronged approach to development, service delivery and accountability in all sectors must be closely monitored and stepped up to address the development gap currently faced in Northern Uganda.

The affected communities must feel that essential services such as education work to the benefit of their children. Access to quality and affordable health care must remain a priority. Infrastructure must be put in place and government presence and interventions must be felt. 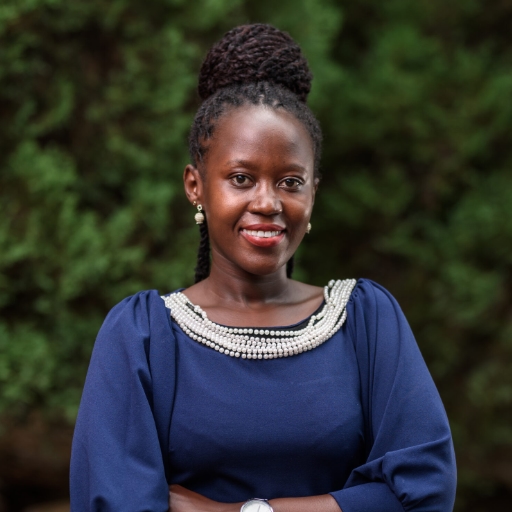